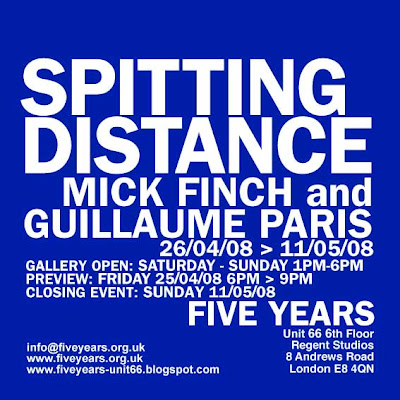 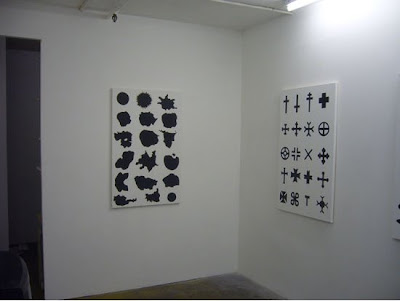 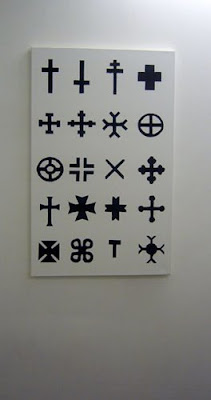 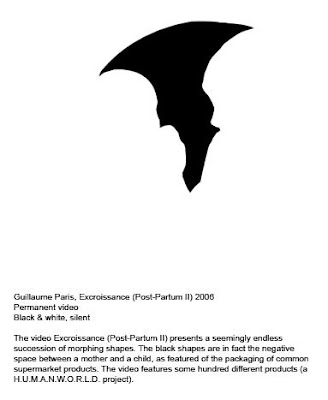 Spitting distance is the second exhibtion in an on-going collaborative dialogue between Mick Finch and Guillaume Paris. This collaboration is situatued in terms of shared thematic concerns in their individual artisitic practice. The present exhibition engages their respectives works in a dialogue. The sense of this collaborative engagement is best illustrated by another exhibition project which they are co-curating for an exhibition at the galerie de l’Ecole Nationale Superieure des Beaux Arts de Paris entitled Insidious. In a recent text about Insidious published in /seconds.com they stated its objectives as

The first addresses the notion of 'insidiousness' structurally, as modus operandi. The collapse of a cold war dichotomy and the progressive establishment of hegemonic power relations gave rise to an increasing cynicism in the 1990s. In the "New World Order" of late-capitalist society, the omnipresent commodity is erected as fetish. The logic of globalisation has arguably transformed symbolic orders to serve its own ends and has refashioned cultural forms upon models of communication and spectacle. The mechanisms delivering ideology's disciplinary forms have progressively permeated into the sphere of the everyday.

The second axis parallels this arguably emerging gestalt of a world view or sensorium. It looks at the symbiotic problematic of the logic of representation and rhetoric that is appropriate in the face of it. The works considered are centred around the question of power and its representation, in close relationship to the rise of mass culture (and the cultural industry at large). As such, they address both the problem of the autonomy of the work of art and that of the aestheticisation of politics.

It thus appears that 'insidious' designates at once a process of signification (a signifying strategy) and a thematic (the representation of power).

The works presented in Spitting Distance engage this territory. Paintings exhibited by Mick Finch, videos and image based works by Guillaume Paris.
Posted by five years at 6:38 PM