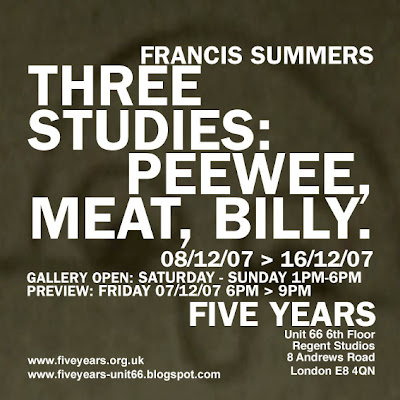 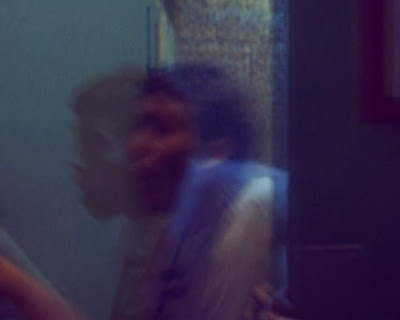 Produced in 1982, and set in 1954, the canonical ‘gross-out’ film Porky’s presents a group of young teenagers desperate to lose their virginity in Long Beach, Florida: subjecting themselves to numerous trials and endeavours on an interminable quest for enjoyment. Portraying the abject experience of subjects submitting themselves to an obscene superego injunction to ‘Enjoy!’ at all costs the film oscillates between debased infantile humour and a critical portrait of trauma grimacing underneath desire, placing the viewer in an awkward inter-zone between pleasure and its impossibility.

Addressing the relation of horror and humour in this cine-text’s vexed questioning of enjoyment, these studies will not attempt to draw out latent repressed narratives as a form of interpretation but rather they will endeavour to amplify its condition: an anamorphic re-reading of the cine-text to emphasise its critical content. Introducing techniques of image flicker, psychedelic colouration and temporal folding into a cinematic display of contingent masculinity, these studies will attempt to present a fluctuating experience of visual pleasure and its entropic collapse – an encounter with the freezing aspect of fascination alongside a distribution of some velocities of the sensible.
Posted by five years at 2:39 AM