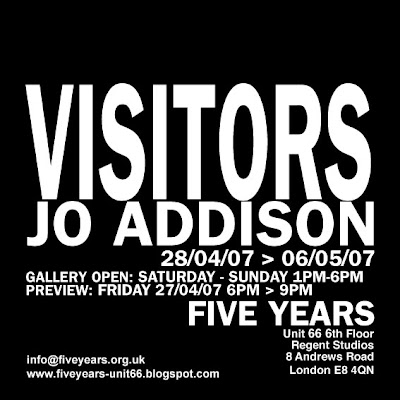 Tricks in the Art of Doing

I was going to write something clever. A classy piece of short fiction with a contextualisation of Jo Addison’s work woven into it. A story that would mimic the interweaving of Suburban romanticism and its seedy underbelly that runs through her work. Something quintessentially English. Something involving blocks of flats, service stations, Ford Mondeos, and community centres.
The problem with this, I realised, is that I would not do the work justice this way. It wouldn’t fit. Mainly because it is all there in the work, and the narratives evoked are far more intricate and alluring than my short fiction could ever be.
Now, of course, I am faced with writing about the work, or should I say the ethos of the work, as to describe the work in this space would be akin to writing the fiction/contextualisation piece.
The main thing that has always struck me about Jo Addison is that she does not approach her subject matter from any high ground. In fact her work rejoices in the quotidian idiosyncrasies that surround us, and more often than not the beauty of these brief encounters with the world pass us by. The poignancy of two derelict petrol stations opposite each other on a no longer frequently used stretch of road. The small but perfectly, and elegantly, hand written phrase ‘Fuck off you’ on the stairwell of a block of flats. These are the things that Addison presents to us to be celebrated. The triumph of individuality in an otherwise regulated suburban society. Marc Augé calls it ‘tricks in the art of doing’. The point at which we assert some type of intervention into an otherwise mundane process – be that conveyer belt work or day-to-day living. Of course, not all of Addison’s subjects are consciously making interventions into otherwise workaday existences, Addison then plays the role of tour guide in order that we see the humour and elegance in the miss-spelt, the crossed out, the improvised, or handmade.
Underlying this celebration, however, there is an inherent seediness. A certain frisson of the threat of something unsavoury just around the corner. Addison’s postcard sized paintings of brake lights in the distance or little chef signs are like Caspar David Friedrichs for the service station generation, but exactly what will take place in that car park when those brake lights turn left is entirely up to you. It is at this point that the unknown event is simultaneously romantic and yet just a little bit unwholesome. It is the feeling you get in a cul-de-sac of semis with pristine lawns and cleaned cars. The feeling that you would really rather not know what goes on behind those regularly washed net curtains.
This juxtaposition of celebration, humour, and the unsavoury is what makes the work so enchanting, and my initial grand intentions so impossible. So, no fictitious texts here, just a short take on the work of Jo Addison, and trust me it really is for the best because if you give it chance her work will change the way you see, and think about, the everyday world that surrounds you.


Andrew Marsh
Posted by five years at 5:13 PM No comments: 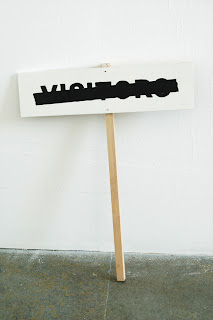 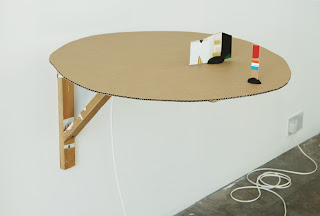 Posted by five years at 5:12 PM No comments: 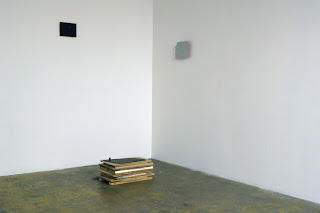 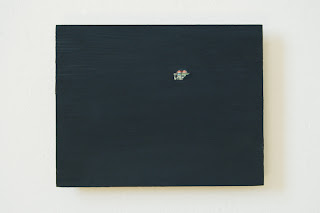 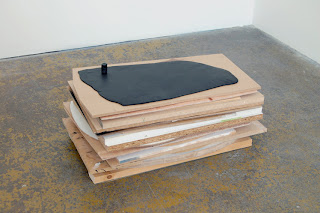 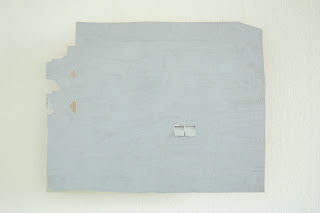 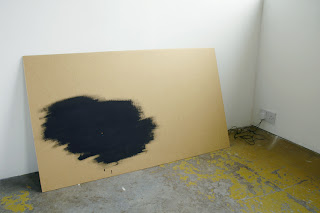 Posted by five years at 5:01 PM No comments: